Charter boat in Manteo, NC on the Outer Banks

Country Girl Charters’ experienced captain and mate are a team you can trust for your Outer Banks fishing adventures, sightseeing tours and ashes at sea ceremonies. They have decades of experience and the local knowledge you need for safe, fun and enjoyable days of fishing and tours.

Custom built in 1990 by local legend, Buddy Cannady, and ran by his grandson, Captain Charles Foreman. Open from cabin to stern on both sides, this Carolina-style charter boat is roomy and offers all the amenities for a comfortable, safe, and fun trip. The Country Girl is known for her speed and also plays a special role in the Oregon Inlet fleet as the only boat Coast Guard-licensed and equipped to carry more than six anglers to the Gulf Stream. With state of the art electronics, newly re-powered CAT engines, and extra room for your entire party she is the perfect choice for your fishing trip, cruise, pelagic birding tour, or even burial at sea. 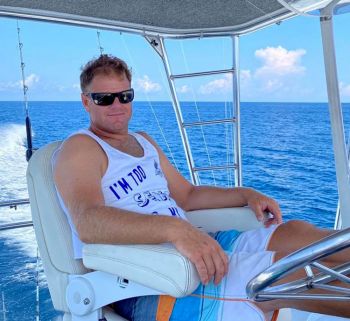 Captain Charles Foreman grew up in an Outer Banks fishing family and has spent his entire life on boats and in the charter fishing industry. His father, Captain Allan Foreman, a lifelong avid fisherman and respected local captain, helped build the Country Girl with his father-in-law, Buddy Cannady, in 1990, after running the family’s sister ship, Crystal Dawn.

Charles began working as a mate on Crystal Dawn when he was 12 years old and got his captains license and started running Crystal Dawn at age 17. Five years later, he became the mate on the Country Girl, working alongside his father for eight years. Following his father’s retirement, Charles took over as captain of Country Girl and continues the tradition of providing Outer Banks fishing customers with a memorable day on the water. 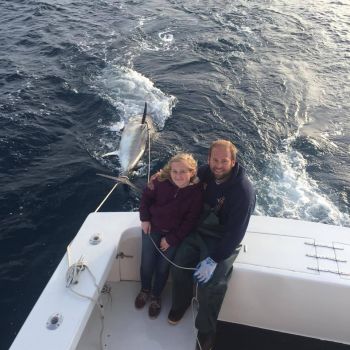 One of the most popular mates in the Outer Banks fishing community, mate Lee Collins has been working on charter fishing boats out of Oregon Inlet for 15 years. Before that, he worked as a mate on fishing boats in Virginia Beach, Virginia, his hometown. Collins is known as a people person. The customers love him because he’s always willing to share his fishing knowledge and his stories about life on the water.

Fishing Reports
Stay up to
date on what's
biting

About Us
Learn more about
our boat, captain
and crew